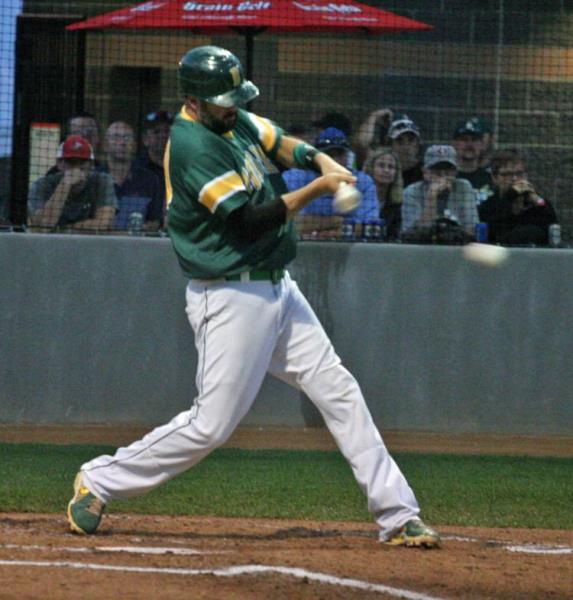 The Jordan Brewers wrapped up the regular season the same way the started the season.

With a shutout win against the Arlington A's.

Jordan finished the 2019 regular season on Sunday night at the Mini-Met with a 10-0 victory against the A's. The Brewers defeated the A's 8-0 in the first game of the season on April 28.

With that win, Jordan finishes the season with a 25-6 record. They finished first in the River Valley League with an 13-1 record.

That first place finish gives the Brewers the top seed for the upcoming Region 6C playoffs that start on Sunday, July 28.

Jordan will be either the Fairfax, No. 8 seeded team from the River Valley League, or Lake Crystal, the No. 9 seed from the 13/60 league. That play-in game will be played on Saturday.

Win or loss, Jordan will play another game and that game will be on Saturday, Aug. 3 at the Mini-Met. The playoffs continue on Sunday, Aug. 4 and Saturday, Aug. 10.

The Mini-Met will host all Saturday, Aug. 10 games starting at 11 a.m.

The top three finishers in Region 6C will qualify for the Class C state tournament, which will be held on three consecutive weekends in August and September starting on Aug. 16-18 and ending Labor Day weekend in Maple Lake, Delano, and Dassel.

Three Brewers pitchers combined to throw the shutout against Arlington.

Nate Beckman started and threw five innings of three-hit ball. Alex Beckman and Jacob Allen both pitched a perfect inning in the win.

Offensively, Jordan had two big innings as they scored five runs in the second inning and five more in the fourth inning.

Both innings where highlighted by a Brewers home run. Scott Hollingsworth led the second inning off with a home run while Alex Beckman hit a three-run home run in the fourth inning.

After Hollingsworth's bomb in the second inning, Jordan got some help from Arlington as they had runners reach base via a dropped third strike, walk, catchers interference, a walk and a base hit. They scored five runs in the inning on just two hits.

In the fourth inning, Marshall Mazanec and Devyn Ulibarri both had base hits to lead off the inning and scored on Beckman's blast.

Jordan pushed two mores across in that inning to make the score 10-0.

Prior to wrapping up the regular season, Jordan split a pair of games against St. Louis Park and Prior Lake.

Jordan got only one hit in a 17-0 loss to St. Louis Park on Friday night the Mini-Met. The lone hit was delivered by Paul Buss

Last Thursday, the Brewers whipped Prior Lake 11-0 at Memorial Park in Prior Lake.

Hollingsworth and Joe Lucas combined to throw the shutout against the Jays. Hollingsworth pitched five innings while Lucas pitched the final three.

Ulibarri hit a home run for the Brewers in the win. Nate Beckman continues to swing a hot bat as he went 3 for 4, with four RBIs and two runs scored for the Brewers.