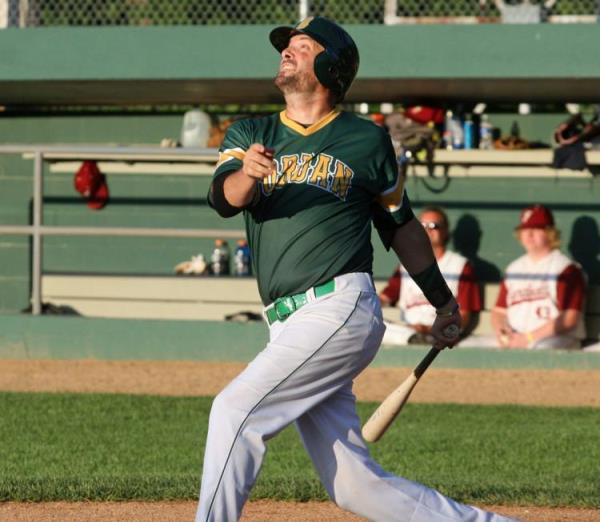 Baseball is back and the Jordan Brewers have picked up where they left off last season.

The Brewers, the defending Class C state champions, opened up the season with two wins after beating Gibbon and Waterville this past week.

“Well, we picked up right where we left off,” Brewers manager and player Scott Hollingsworth said. “We won both games. We got a lot of guys into the games. New guys got some time out there which is very nice. It really was refreshing to be back out on the field with the guys.”

That’s the good news for the Brewers because after they defeated Waterville 4-2 on Friday night they got a phone call nobody wants to get.
Driving home to Jordan after the win in Waterville, Hollingsworth got a call from a Waterville representative and informed him that two of the Waterville players have tested positive for COVID-19.

As a result, Waterville can’t participate in any baseball activities for 14 days, per Minnesota Baseball Association guidelines. On Tuesday, the MBA announced new COVID-19 protocols for all teams and players.

The protocols states that players, and teams that play in a game where a positive test came back that they must refrain from baseball activities for 14 days.

The opponents of the team that had the positive test may return sooner if all players on the team receive a negative test result.

As of Tuesday morning all Brewers players tests have come back negative and they are still planning on playing games this weekend unless a test comes back positive.

“The Brewers are following all the guidelines and most of the guys have been tested or are getting testing shortly,” Hollingsworth said.

As of now, Jordan is still planning on hosting a tripleheader this weekend at the Mini Met with Hutchinson and Bird Island.

All of Minnesota’s amateur baseball teams waited to get the go ahead to play and once the MBA said teams could start playing exhibition games at approved ball parks, teams scramble to find games and fields to play on.

For the Brewers, they hooked up with the Gibbon Reds and Waterville Indians to play two exhibition games last week.
“It was nice to hear that the MBA Board was working very hard at trying to put together a season for us,” Hollingsworth said. “The games came together pretty quickly as many teams were looking to play. We reached out to some of the connections we had.”

Jordan opened the season on Sunday, June 14 with a 9-5 victory against Gibbon.

In that win, Jordan fell behind 1-0 after the second inning but came right back and scored three runs in the top of the third inning for a 3-1 lead.

In that inning, Jordan’s first three batters walked to load the bases. A double by Hollingsworth cleared the bases giving the Brewers a 3-1 lead.

They pushed the lead to 6-2 with a run in the fourth and two more in the fifth.

Gibbon cut the lead to 6-4 after five innings but Jordan added single runs in the sixth, eighth and ninth innings to win 9-5.

Hollingsworth finished the game going 3 for 4, with four RBIs and a home run.

First-year Brewers player Shane Albrecht got the win for Jordan as he pitched the first three innings giving up four hits and two runs.

Jordan returned to action last Friday and improved to 2-0 in the exhibition games by beating Waterville 4-2.

Waterville scored two first inning runs and held a 2-0 lead until the seventh inning when the Brewers tied it up when Payton Case scored on an error and Nate Beckman single scored Micheal Vohnoutka to tie the game at 2-2.

Jordan grabbed its first lead of the game in the ninth inning when they loaded the bases with one out and scored twice on a Waterville error.

Nate Beckman pitched a scoreless bottom of the ninth inning to get the save and preserve the 4-2 win for the Brewers.