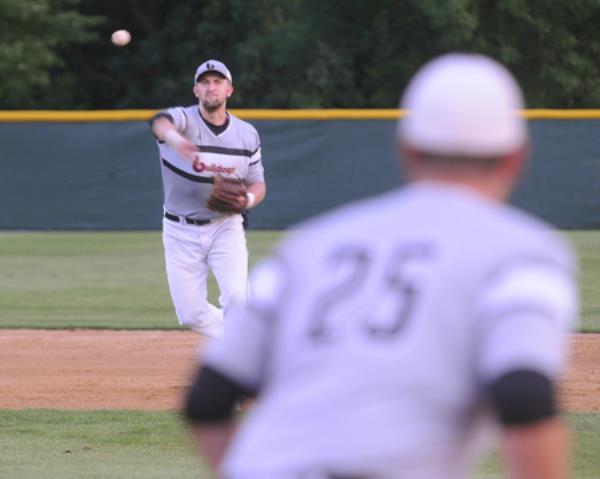 Class C rankings: Buffalo gets some attention
Posted on Aug 20, 2020

As we head to the Class C state tournament, there is little doubt among our pollsters who's No. 1. Jordan remains atop the final Class C poll this week, but there are plenty of newcomers.

Sartell slipped into the No. 2 spot after sharing the No. 5 ranking in the previous poll with Young America. Buckman, which shared the No. 2 spot previously, moves to No. 3 while Buffalo cracks the top 10 first the first time at No. 4 by way of an undefeated run.

Waconia moved down a spot to No. 5 while Watkins climbed up to No. 6 from No. 9 last time. Bemidji cracked the top 10 for the first time as well. The Blue Ox grabbed the No. 7 spot while Fairmont stayed in the top 10 at No. 8. St. Patrick and Delano share the No. 9 spot.

1. Jordan Brewers — The defending state champs, who already have qualified for a return state trip, went into the weekend on a nine-game winning streak.

2. Watkins Clippers — Watkins is headed back to the state tournament. The Clippers, who were unbeaten heading into the weekend in Region 15C, play fellow Central Valley League powerhouse Kimball in the 15C winners' bracket for a top seed.

3. Sartell Muskies — Like the previous two teams, the Muskies are another respected, veteran team that already has earned a state berth.

4. Avon Lakers — Avon went 7-1 in Victory League South Division play and are in the winners' bracket of Region 8C. They made two key additions this year, Cole Fuecker and Bjorn Hanson, who both came to Avon when the Sauk Rapids Cyclones decided not to field a team in 2020.

5. Bemidji Blue Ox — These guys fly under the radar, but are cruising through Region 11C.

6. Buffalo Bulldogs — Anyone who can get through the North Star League should garner attention. Buffalo went 10-0 in league play and already is headed to state.

7. Waconia Lakers — Waconia went 12-1 to win the North Division of the Crow River Valley League and are battling through a tough Region C.

9. Bird Island Bullfrogs — Bird Island is headed back to state and is in the championship bracket of Region 4C.

10. Isanti Redbirds — Isanti has had a good year in the Eastern Minny League, going 6-0 in its East Division. Among Isanti's victories this year are a win over the Jordan Brewers.

1 Jordan Brewers — The defending champs will be back to defend their title, they have plenty of talent to make a run at back to back titles.

2. Buckman Billygoats — The Goats are back to state! One of the best nicknames in all of amateur baseball.

3. Young America Cardinals — Cardinals are back to the show, dangerous team out of the Crow River.

4. Sartell Muskies — A team that is usually in my final 8 if not further when I fill out my state bracket. The Northern Fish are always a team to reckon with.

5. Waconia Lakers — Not eligible for last year’s state tournament, the Lakers are a team that could win the whole thing.

6. St. Patrick Irish — The Irish won the DRS Regular season title, and are solid in all aspects of the game. Were tripped up in the first round last year, but expect a deeper state run this year.

7. Bemidji Blue Ox — Been on the Bandwagon all season.

8. Rochester Roadrunners — Their hot streak is continuing into the postseason. Have two wins against Red Wing. Watch out for the Roadrunners, beep beep!

9. Bluffton Braves — The Braves are unbeaten as well, and win their region for the first-time ever. Where’s Bluffton? Just off Hwy. 10 west of Wadena.

10. Buffalo Bulldogs — I don’t know much about the Bulldogs, but they’re unbeaten, and belong in the top 10.

2. Young America Cardinals — Playing well at the right time. Overcame brutal league schedule to punch ticket to state from Region 7C. Shutout both Cologne and Waconia in a pair of wins. Chance to get even better through the Region 7C draft. One of the deepest teams in the state in all aspects.

3. Delano Athletics — After a disappointing end to the 2019 season, Delano redeemed themselves by securing their spot at state in Region 12C with a pair of wins over Maple Plain and Loretto on the first weekend. A's are playing well and will be a tough out after missing out on state a season ago.

4. Buckman Billygoats — A team poised for another deep postseason run. Already secured a state berth from Region 8C. Billygoats beat Randall 5-0 and Nisswa 10-5 to puncha  ticket to state. Always a tough team to face this time of year.

5. Buffalo Bulldogs — Have to be on this list and near the top. A team that's gained the attention statewide. Secured a spot in state tournament with wins over Dassel-Cokato and Maple Lake. Continue to win big games in tough North Star League. Reminds me of the Cologne Hollanders a year ago. Keep an eye on the Dogs.

6. Sartell Muskies — Another team that's already secured a spot in state. The Muskies are a perennial state tournament team and always a tough out. 2020 will be their ninth-straight state tournament appearance.

7. Waconia Lakers — Went 1-1 on the first weekend of Region 7C play falling to Young America and beating Carver in 10 innings. Clinched a spot in the state tournament with a win over Green Isle Thursday night. A team that's on a mission after being ruled ineligible last season.

8. Hutchinson Huskies — A team that can get hot in a hurry. Were upset in the first round of the Region 12C Tournament by Loretto.

9. Cold Spring Rockies — Already in the state tournament after a 2-0 start to the Region 11C Tournament. Wins over Big Lake and Foley have them in the tournament.