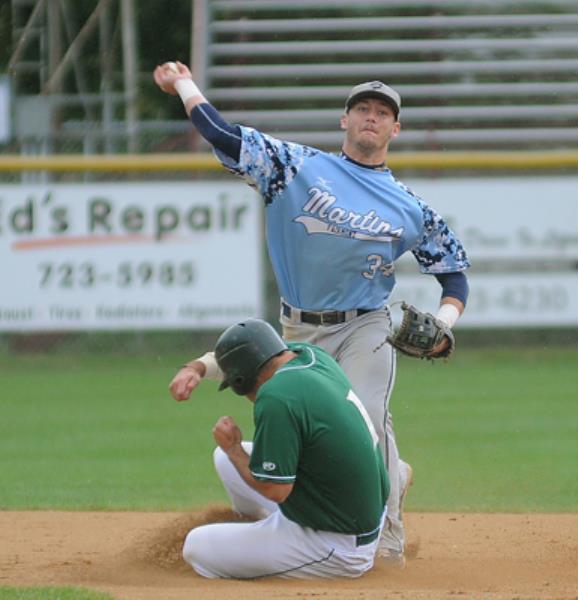 Class C rankings: Jordan Brewers ranked fifth in the first rankings of the season
Posted on May 20, 2021

As the 2021 Minnesota Baseball Association season has started there are more than the usual storylines.

Players have moved to new teams, others have returned and several teams have added top talent. Our experts felt defending champion Fairmont deserved the top spot to begin the season and noticed the moves of other teams. Faribault added former MLB reliever Jake Petricka back to the roster and brought home Nate and Nick Rost which will surely bolster a starting staff that includes Matt Lane. It’s as if the Lakers are gearing up for 2022 when they’ll co-host the state tournament.

Then there are the usual heavyweights like 2019 champ Jordan, Young America, Sartell Muskies and some young squads on the rise like the Cold Spring Rockies, Bluffton Braves and Buckman Billygoats. And don’t forget, Sobieski is back in Class C this season.

2. Jordan Brewers — Brewers, had a tough loss to Farimont in the sweet 16 last year, the 2019 champs will be favorites along with Fairmont.

3. St. Patrick Irish — The Irish gave their fans a magical postseason run to the finals, before losing to Fairmont.

4.  Young America Cardinals — One win away from the championship game, should be loaded again this year.

5. Cold Spring Rockies — Like Y.A, only one game from the final.

6.  Faribault Lakers — A few additions to the Lakers this year, the Rost brothers go from New Market to Faribault, and Jake Petricka, Faribault grad, and former major league pitcher joins the staff.

7. Sartell Muskies — Always in my top 10 to start the season.

8. Waconia Lakers — Another team that ran into Fairmont in the state tournament.

9.  Bemidji Blue Ox — Always have to have a team from up north in the rankings.

1. Fairmont Martins — Defending state champions. They get the top spot. Opened the season with a shutout of Heron Lake in which they struck out 13.

2. Young America Cardinals — Off to a 2-0 start in the CRVL. The window for a state title is still open for this squad. Great depth with pitching and offense. Could it be the year they break through?

3. Delano A's — Got back to the state tournament last year after winning Region 12 title. Will once again be at the top of a tough North Star League.

4. St. Patrick Irish — Last year's runner-up. Play in a tough DRS league that will have them ready again to make a run come August.

5. Waconia Lakers — Off to a great start with wins over Plato and Carver. Beat Carver 13-4 without a few of their top players. One of the best teams in the state when college kids come back. A team hoping to play at state on their own field.

6. Buckman Billygoats — A perennial top-10 team. Play in the Victory League which only bodes well for them.

7. Isanti Redbirds — A team that has shown they can compete against anyone in the past few state tournaments. Some impressive wins the past few seasons and I'd expect to see them be another tough out this year.

8. Hutchinson Huskies — A team always near the top in the North Star League. A complete lineup with key pitching always makes them a tough out. Looking for a bounce back year for the Huskies after missing state last season.

9. Sartell Muskies — Another perennial top-10 team. Made it to the final weekend last season and came up short 1-0 in 12 innings against Bluffton.

10. Carver Black Sox — As dangerous of a lineup there is. Have the pitching to back it up. If Carver has a lead after six or seven innings, it's almost a lock with relief pitchers Alex Twenge and Jacob Booden. Also added more offense in Ben Alexander coming aboard.

1. Fairmont Martins — The Martins were nothing short of impressive in claiming the 2020 state title. All-tournament selections Luke Becker, Derek Shoen, Jon Traetow and Jack Waletich are all back on this year's roster.

2. St. Patrick Irish — St. Patrick made it to the state championship game last season and merit this ranking because of that. The Irish have endured a 2-1 loss to Faribault to open the season.

5. Buffalo Bulldogs — The Bulldogs got into Class C's elite eight and are a team to watch.

6. Bluffton Braves —  Bluffton has a 10-0 win over the Park Rapids eSox already this season and will be a team to watch in the north.

7. Bemidji Blue Ox — These guys made it to the elite eight and always have talent on their roster. According to the MBA site, they open the season June 8.

8. Bird Island Bullfrogs — Another elite eight team, the Bullfrogs advanced as far as any Mike Nagel-managed team has. They're one of the teams to beat in the Corn Belt League.

10. Watkins Clippers — Matt Geislinger and company lost 1-0 in 13 innings to Bird Island in the C state tournament's final weekend. They're one of at least 20 teams in the state that could win a championship at the end of the year if everything breaks right for them.